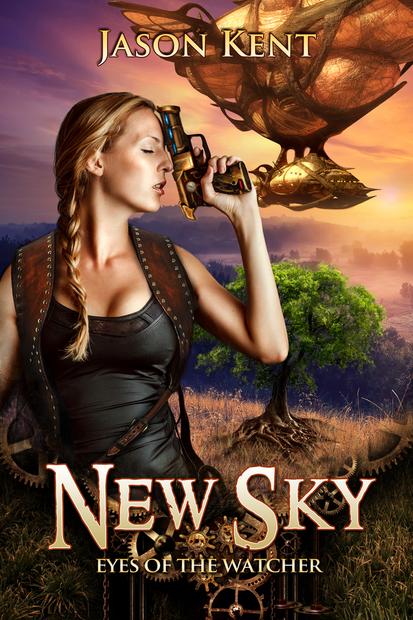 See the Future.  Kill the Mechs.  Save the Earth.

See the Future.  Kate Thompson did not expect to receive the power to see into the future when her day started.  Everything changed for Kate after boarding an enemy Ironclad Star Cruiser, a mechanical wonder seemingly from another time, alongside a platoon of Stellar Union Marines. Embedded with Master Sergeant Kelly Merrick’s SUMC unit by her corporate employer, Electro-Magnetic Technologies, Kate is expected to repair the high tech gear the Stellar Marine’s somehow manage to keep breaking.  Unfortunately, Kate’s work is never done as the spacegoing Marine’s constantly find new and unusual ways to destroy their equipment each and every time they embark on a mission.  Her previous work does little to prepare Kate for the complete electronic system failure the team experiences aboard the Ironclad starship.  When Kate finds her high tech gadgets useless, she is glad to find her assigned guardian, Kelly Merrick, functions just fine with only his sniper rifle and a combat knife.  They fight their way deep into the Ironclad, where Kate’s Quest truly begins. Together they encounter an enigmatic Tallinn Watcher, and Kate finds she needs Merrick more than ever.  Javin is a Watcher, one of the enemy’s top battle commanders charged with ensuring Tallinn victory over Earth’s forces…at any cost.  Javin shares a mysterious link with a powerful entity called Knowl, allowing him to predict the outcome of crucial events with startling clarity.  Javin uses this insight to utterly defeat his opponents in battle after battle. While fighting on the side of the Tallinn, defeating far superior forces, Javin has been secretly searching for someone who will end this bloody conflict.  When Kate bursts in on Javin’s inner sanctum, he knows his search is over.  With his dying breath, the Watcher passes his ability to see into the future to Kate; opening her eyes to wonders she never imagined!

Kill the Mechs.  Master Sergeant Kelly Merrick’s mission is clear and brutally simple; destroy as many enemy machines as humanly possible.  Carrying out his orders as a Stellar Union Marine Corps sniper is the only way he knows to protect his fellow Marines as they battle legions of the relentless Tallinn clockwork soldiers.  Fortunately for his team, Merrick is very good at his job.  Little did he know he would end up assigned to baby-sit Kate, one of the civilian contractors who keeps getting in his line of fire.  If only he was not so attracted to his new charge as she ends up requiring more protection than even he may be able to provide.  After their life-altering encounter with the Tallinn Watcher, Merrick enlists the help of his fellow Marines to keep Kate and her new abilities safe.  He also convinces them to follow Kate halfway across the galaxy to worlds only a Watcher can see.  Merrick discovers his new mission; keeping Kate Thompson alive, is the key to saving everyone on Earth!

Save the Earth.  The strange encounter with the Watcher leaves Kate linked to Knowl and in possession of a new inner sight beyond time and space.  Kate has many questions about her newfound abilities but Javin is gone before she can get her answers.  Several things are clear; Kate must find Knowl, stop the Tallinn’s, and save the Earth…no problem.  She is not alone on her journey.  Along for the ride is a freighter Captain out for a little revenge against the Tallinn, a Link Sprite capable of melding with any computer, and a handful of battle-hardened Marines determined to complete their mission to protect the Earth.  Join Kate and her companions as they face Tallinns fighting with steam-power and clockwork devices on a quest to find the meaning of her new sight and to save Earth from imminent defeat! 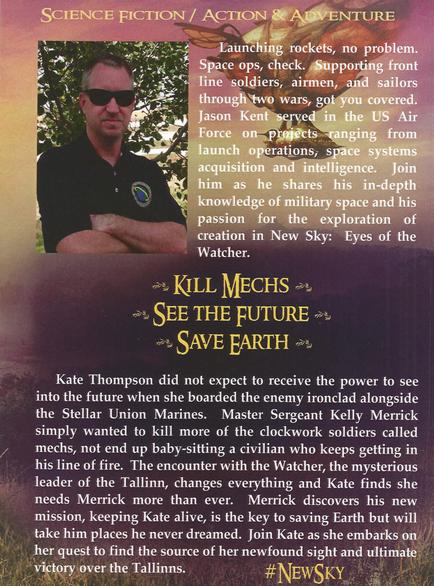