Survive the Challenge. Adapt your Strength. Discover your destiny.

Sparrow, a Link Sprite able to jack into any virtual world, didn’t ask to be upgraded. Now, she needs to find out what she’s supposed to do with her abilities to control the steam-powered world around her. Sparrow might not have signed up for these skills when she went to work for the Stellar Union Marine Corps, but she’s determined to explore the outer boundaries of her new talents. The Sprite along with a team of marines and archivists battle relentless aliens across war-torn planets and through deep space. Their prize? The Aether Source and its promise of unimaginable power. Throughout her quest, Sparrow survives the challenges thrust upon her, adapts her newfound strength to save her friends, and discovers the Sprite she was destined to become.

“Probably should have thought this plan through a little better.” Sparrow teams up with her friends from the Stellar Union Marine Corps, archivists from the secretive Mainspring Archives, and Kate, a Watcher dedicated to protecting the all-knowing being Nemus, to recover dangerous artifacts scattered across the galaxy. Sparrow is unsure how to make the best use of her new abilities to bend metal and control machines with the implants in her hands and head. The Sprite’s talents are put to the test on a mission to retrieve the Olympus Chronometer when the team faces a run-away train and must escape using a steam-powered zeppelin. Sparrow and the others discover their work is just beginning as Nemus reveals the next artifact they team must find.

“Welcome to the Underground…mind the gap.” The race for the Aether Source takes Sparrow, Master Sergeant Merrick, Kate, and the rest of the team to Ardennes, a planet decimated by decades of war. The surviving inhabitants have no idea they hold the key to an ancient artifact buried deep under one of their ruined cities. With Sparrow’s assistance, the team fights their way through the vast network of tunnels under Reticort. Along the way, Sparrow hones her skills with her upgrades. Not only is she able to use her Sprite interfaces to control computers, Sparrow finds she is perfectly at home controlling the complex clockwork and mechanical systems all around her.

“Always wear your armor.” Sparrow’s abilities come in handy as she travels with her group of Stellar Union Marines to board an abandoned starship. The team runs into more trouble than they bargained for in the dark holds and corridors of the dead ironclad. With growing confidence in her new powers, the Link Sprite it able to defeat the mech’s left behind on the ship and retrieve the second component of the Aether Source. During the trip, Sparrow’s friend Dagger comes to grips with her feelings for Marine pilot Lieutenant Garrett while Kate receives flashes from the ironclad’s disastrous final mission.

“Someone has to die and it’s not going to be my friends.” A trip to Mars to find the last piece of the Aether Source turns deadly as the Ater, the aliens determined to reclaim the orb, arrive. Joining the team is Tivon, a member of the Mainspring Archives, and expert on the artifacts they have been collecting. Sparrow, her team of Marines, Kate, and Tivon use their wits, satchel of clockwork devices, and guns to retrieve the orb, the primary component of the Aether Source. Faced with capture by the Ater, Sparrow risks her life to save her friends and unleashes her full potential.

The immediate threat from the Ater is over, but Kate has foreseen a dangerous threat. Her link to the being Nemus has revealed the savage aliens are coming in greater force to reclaim the Aether Source and lay waste to the people who have stolen it from them. The Marines begin planning for the coming war. Sparrow is content knowing she is with friends who understand and accept her…she’s ready for whatever the future holds. 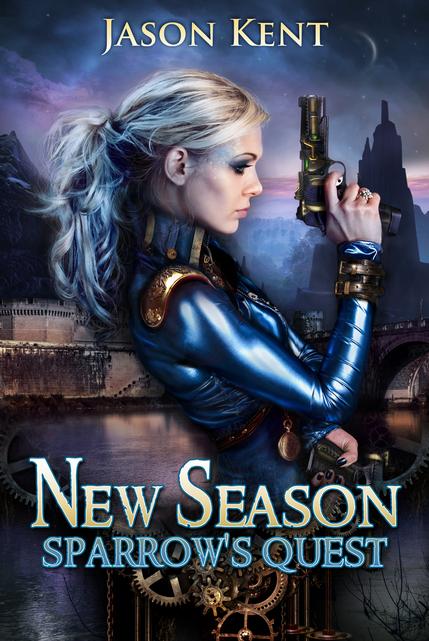 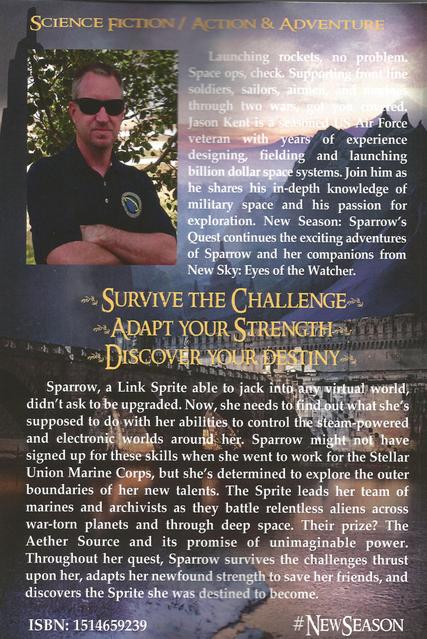